This makes me think… about how Jesus raises our dignity… (A fantastic quote from Fr. Michael Gaitley’s new book)

March 11, 2013 Pat Gohn Great reads, This Makes Me Think... Comments Off on This makes me think… about how Jesus raises our dignity… (A fantastic quote from Fr. Michael Gaitley’s new book) 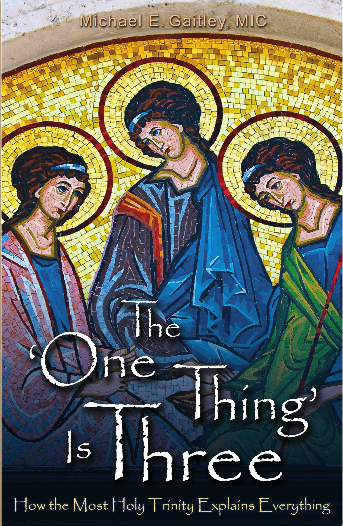 A question came up about the Incarnation: “So what happens when the eternal God becomes incarnate and enters time as a man?” I answered by saying,”Well, it make the events in the life of such a man utterly unique. They become ‘God events’ that happen in time but transcend all time.” In other words, every action of Jesus during his earthly life had a huge significance. Whatever he did became a divine event, and it sanctified that specific human activity. For instance, when he worked, human work was raised to a divine dignity. When he rested, human rest was raised to a divine dignity. When he lived with Mary and Joseph in Nazareth, family life was raised to a divine dignity. But there was one event that’s the foundation for all of these actions: the very fact of becoming man.

…by taking on a human nature, Jesus raised that nature to a divine dignity. But what exactly does this mean? Well, look at it this way: If God had become an ant, then what would have happened to the dignity of ants? Ants would have been raised to divine dignity, and in every ant, we would see the face of God. But God didn’t become an ant. He became a man. And now we see God in every human face: “Jesus has a unique relationship with every person, which enables us to see in every human face the face of Christ.” (Evangelium Vitae, par 81 ) Indeed, “In every child which is born and in every person who lives or dies we see the image of God’s glory. We celebrate this glory in evey human being, a sign of the living God, an icon of Jesus Christ.” (Evangelium Vitae, par 84) What a beautiful expression! Because of the Incarnation, every human being is a “sign of the living God” and an “icon of Jesus Christ” — now that’s divine dignity.

You can read my review of Fr Michael Gaitley’s new book on Good Reads.