#Fast Fridays in # Lent: 3 Things I Have Received From the “Love” of Strangers

March 27, 2015 Pat Gohn Faith Sharing Comments Off on #Fast Fridays in # Lent: 3 Things I Have Received From the “Love” of Strangers 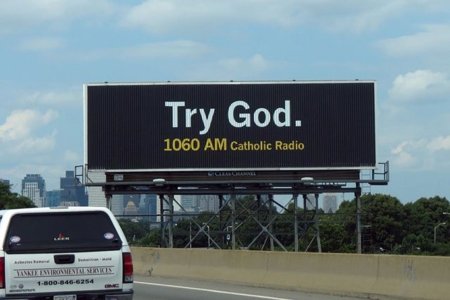 Quickly, off the top of your head, try to recall 3 times that a stranger has done something kind for you and it made all the difference in your life. Then say a prayer for each of those people. Then go an do likewise. Pay it forward with your kindness, courtesy, and willingness to help.

In 1976, I attended an Antioch Weekend — a kind of Cursillo for teens — in other words, it was a youth retreat that was staffed by strangers. The leaders were young adults and college students in their early twenties. Somehow they felt called together to put on a weekend for a bunch of high school students that they did not know, for the sake of the Kingdom. They were not the first Christians I had ever met; I had been baptized a Catholic as an infant and attended Catholic schools. But they were certainly the most influential. Their willingness to share, pray, listen, and speak about Jesus Christ helped to bring the Spirit alive in me. I will never forget their willingness to meet new people and serve those who were not their friends, but strangers. Not a year goes by that I am not grateful for that community of young men and women who touched my life so deeply, and slowly evangelized me.

There are no strangers here;
Only friends you haven’t yet met.
–William Butler Yeats

Twenty years later, I was 36 years old and still hospitalized suffering the effects of mastectomy and reconstruction surgeries. Somewhere around day 5 in the post-surgical ward, I had a total tearful breakdown and was just sobbing and sobbing. I was alone in my room. My husband and family were back at home getting rejuvenated after the many days of being at my bedside. Sometime that afternoon I became overwhelmed by everything that was happening to me. There was this nurse — all I remember is that her name was “Mickey” —  she was there just doing her job. I had a lot of meds, and tubes, and monitors and bandages that needed periodic tending.  She came along and found me in quite a state. She just sat on my bed and held me as I cried and cried. It was a long cry. I did not know this woman, and I never saw her again. She did not have to counsel me or embrace me or even stay beyond what her duty required. But she did all those things. That was 1996. I still remember her.

Finally, all of you, have unity of spirit, sympathy, love of the brethren,
a tender heart and a humble mind.
1 Peter 3: 8

On more than one occasion, I have left a credit or debit card at a counter, or in an ATM machine, and the people nearby have tracked me down to return them to me. One situation happened in France when I got my card stuck in a toll taking device before entering a tunnel. This tunnel went under a city and really, there would be no returning to this exact spot. After pulling off through crazy traffic to the guard booth, I described my gaffe in a combination of broken French and some sign language. A kind woman toll taker had mercy on me. She bounded through the toll traffic, opened the device, and retrieved the card so my vacation could continue. Another unforgettable occurrence was years back BC (Before Cellphones). I had left my pocketbook in a public place and someone found my address and returned my bag and wallet by wrapping it up and sending it to me through the mail — still with the cash and the credit cards in it.

Be kind to one another, compassionate, forgiving one another
as God has forgiven you in Christ.
– Ephesians 4: 32

Here’s a little more inspiration… those “little things” add up!

:::
And just in case you need an upbeat reminder about the whys of  Holy Week, here ya go…