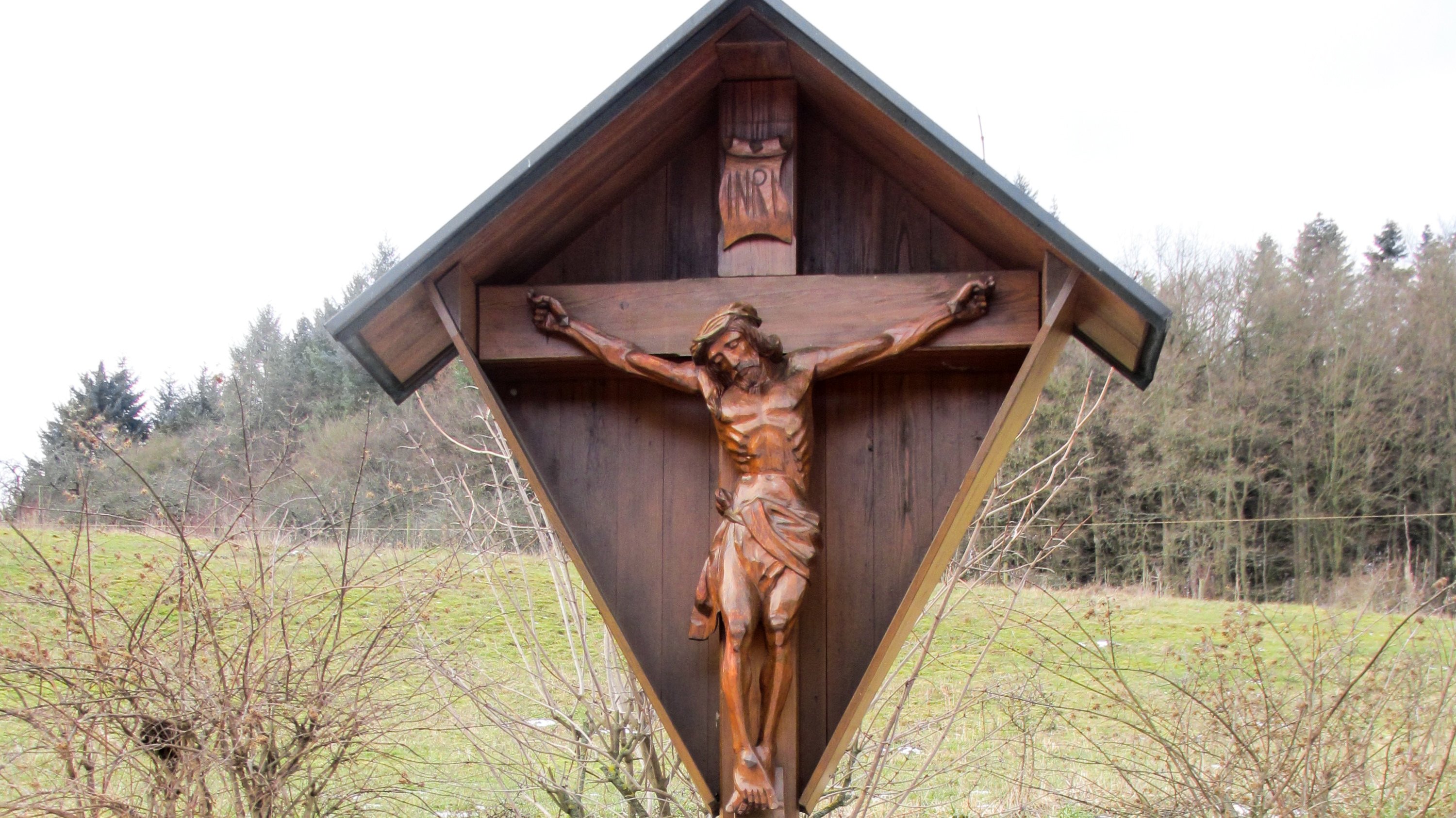 There’s always a reason to be on our knees. The bad-news-o-meter seems to be on overload lately.

On the heels of another sad September 11th anniversary, we now experience a mass shooting taking innocent lives at the Navy Yard in DC, and all of it against an unsettled backdrop as our nation and others wonders about a military intervention in Syria, and unrest exploding in other regions… indeed, it can be exhausting and intimidating and depressing when we see evil all around.

I’ve written about this before…

Jesus is the answer. Period. Intuitively, I know that now. I did not always. We might know that intellectually, yet we may still wrestle with that knowledge in our heart.

We’ve all been victims of pain, hurts, other people’s sins, and our own. And yes, we are victims of evil.

The Catechism of the Catholic Church calls it “the scandal of evil” since it derails the providence of God that we are meant to know. In fact, the Catechism boldly states:

There is not a single aspect of the Christian message that is not in part an answer to the question of evil. (Catechism of the Catholic Church, par 309)

And so take to our knees so that we can be open to the actions we need to take to keep us free from selfishness, free from fear, free from actions adding to the violence and unrest at home, abroad, or in our own hearts.

Francis’ recent Prayer Vigil called us to prayer and peace-making…

When man thinks only of himself, of his own interests and places himself in the center, when he permits himself to be captivated by the idols of dominion and power, when he puts himself in God’s place, then all relationships are broken and everything is ruined; then the door opens to violence, indifference, and conflict…

At this point I ask myself: Is it possible to change direction? Can we get out of this spiral of sorrow and death? Can we learn once again to walk and live in the ways of peace? Invoking the help of God, under the maternal gaze of the Salus Populi Romani, Queen of Peace, I say: Yes, it is possible for everyone! From every corner of the world tonight, I would like to hear us cry out: Yes, it is possible for everyone! Or even better, I would like for each one of us, from the least to the greatest, including those called to govern nations, to respond: Yes, we want it! My Christian faith urges me to look to the Cross. How I wish that all men and women of good will would look to the Cross if only for a moment! There, we can see God’s reply: violence is not answered with violence, death is not answered with the language of death. In the silence of the Cross, the uproar of weapons ceases and the language of reconciliation, forgiveness, dialogue, and peace is spoken.

We must look to the Cross. Let us bring our deepest prayers, concerns, and worries there. It is there we find mercy times infinity.

On the latest episode of Among Women, I begin the program with intercessory prayer. To join in that prayer, listen here.

Here’s one of the prayers we pray, from Pope St Clement of Rome, who the fourth pope and a bishop who knew St Peter and St Paul before their martyrdoms in Rome.  (This prayer is circa 95AD):

We beg you, Lord, to help and defend us.

Show yourself to the needy.

Bring back those of your people who have gone astray.

Lift up the weak.

Take off the prisoners’ chains.

May every nation come to know that you alone are God,

that Jesus is your Child,

that we are your people, the sheep that you pasture.