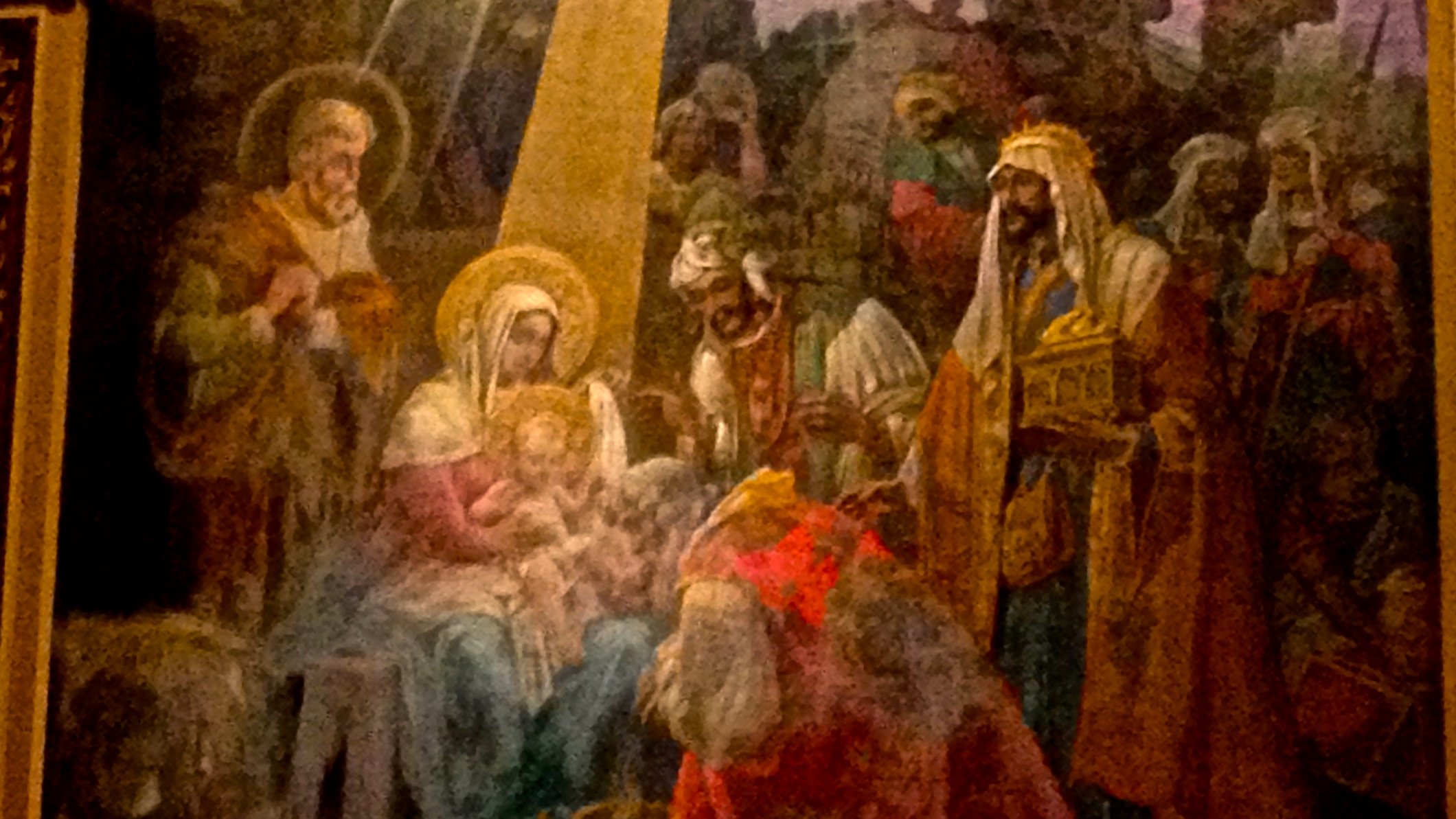 Belief in the true Incarnation of the Son of God is the distinctive sign of Christian faith.” (CCC, 463)

As Catholics, we profess our belief in the Incarnation in the Nicene Creed: Jesus Christ “came down from heaven, and by the Holy Spirit was incarnate of the Virgin Mary, and became man.”

The Incarnation is a unique and singular event. Its truth informs the way we view God and ourselves.

When Jesus arrived on the earth, he changed the way humanity viewed God. In Jesus, God came down from heaven to earth, without compromising his divinity.

The Incarnation of Christ crowned centuries of divine revelation, God’s slow revealing of himself, making himself known to humanity over time. God’s divine communication was now to be known through the Person of his Son. The Catechism of the Catholic Church defines the Incarnation as “the fact that the Son of God assumed a human nature in order to accomplish our salvation in it” (CCC, 461).

This is the deepest meaning behind our Christmas celebrations.

[T]he Incarnation of the Son of God does not mean that Jesus Christ is part God and part man, nor does it imply that he is the result of a confused mixture of the divine and the human. He became truly man while remaining truly God. Jesus Christ is true God and true man. (CCC, 464)

This holy condescension of God means that we can never accuse God of being absent or lofty or unreachable or inaccessible. The Incarnation—the taking on of flesh in the Virgin’s womb—is the moment whereby the inexhaustible, inexpressible, invisible, omnipotent, and almighty Holy One takes on human visage. The divinity of God shines through a human person now.

At the time appointed by God, the only Son of the Father, the eternal Word, that is, the Word and substantial Image of the Father, became incarnate; without losing his divine nature he has assumed human nature. (CCC, 479)

Jesus, coming as a human person, changed the way we view ourselves. The Second Vatican Council declared that the Incarnation raises our own human dignity.

He who is “the image of the invisible God” (Colossians 1:15) is himself the perfect man. To the sons of Adam he restores the divine likeness which had been disfigured from the first sin onward. Since human nature as he assumed it was not annulled, by that very fact it has been raised up to a divine dignity in our respect too. (Gaudium et Spes, 22)

Humanity now counts the face of God among its own.

Never again may I look at another person, or myself, with disdain or disrespect, for there is an inherent dignity in all.

Read the rest at Catholic Digest.

I’m pleased to be a regular columnist there writing about the beauty and inspiration that comes from the Catechism of the Church. Click here to subscribe to Catholic Digest.